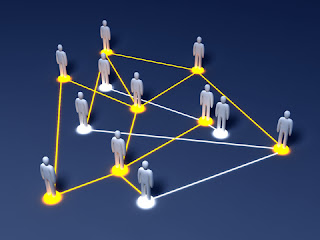 Each of these aspects must be mastered in order to conduct successful extraction of information. The key is to remain undetected, and to always obfuscate your true goal. You target must never know what you are planing. Keep in mind that you will need to have a flexible strategy, and you must only interact with the target in ways that solicit manageable responses i.e don't rile up your target all willy nilly and risk your true goal being detected.

So lets talk about these 5 processes...

stalking the target...
The process of doxing must be done first, all the information you need to impersonate/infiltrate/manipulate must be gathered long before you plan on actually attacking. It provides your with a means to build a picture of the targets trust network. This network details the people/information sources that the target trusts for people this is as simple as building a map of his/her friends and enemies or a map of twitter followers.

By trust I mean, if the target responds to the information from a person or source we will say that they trust it---its more a question of authentication---. All we require is a list of information sources that the target has or will interact with. You will need to find a place in this network to influence the target from. We need to build the trust network because:
---I suggest your read up on some graph theory, though you will not need it for the purposes of this article but it provides you with mechanism that allow to immediately recognize certain anomalies in a trust network...yes we can use abstract mathematics to infiltrate peoples minds lols also you can write programs to find these anomalies pretty easily is you can build programs that can build the trust network--
Doxing targets is most favourably done on the internet where anonymity is easy to pull off. You can build trust networks using the following sources---these are mere suggestions many many more sources exist---
In general any social NETWORKING site provides a good source of information to build the trust network. 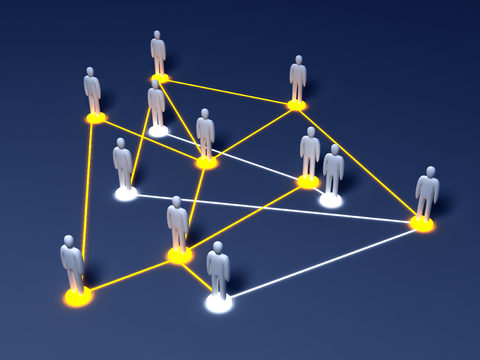 Building the network is pretty easy. We call the lines that join to information sources in the network edges and an information source a vertex. There are a few stipulations to consider in order to build the trust network in a helpful way:
Obviously there will often be thousands of ways to build the trust network, you need to find the representation that most accurately approximates the way the target sees his/her trust network. The closer you get the to targets actually mental image the better you will be able to derive the targets thinking patterns!

You will need to infiltrate the trust network and find a place to influence the target from.
The most favourable information sources to impersonate in the network depends on the your attack stance. You will be attacking targets in different emotional states/attitudes---ninjutsu calls these the Five elements, social engineers call it the Five Weaknesses---. My goal in any attack is to remain undetected, so my stance is a passive subtle one. The information sources I favour are the ones that:

You are now choosing an infiltration point, this means you are actually going to perform a smaller instance of your attack on one---preferably more---of the elements in the network---typical property of an optimization problem!---and guess what; if you have built a big enough trust network for the target, you have also built a trust network for the other information sources, pretty convenient right? The more detail you have about everything else in the network the more flexible your attack will be able to be.

Extraction of the information

Manipulation
Manipulation is done by playing on the targets inherent psychological weaknesses, there are six basic weaknesses---I mention the 5 elements of the target in ninjutsu terms as well:
How you achieve your goal through manipulation is up to, all I detail here is what weaknesses are most successful at engineering an interaction from the target. A tip would be to try and find evidence of how the target responds to a given situation, and recreate this situation. Try using the targets environment and create situations that will create these weaknesses if a weakness doesn't exist, you may use the following events to create an emotion:
Many more situations exist. You want to bait the target into responding a certain way, though do not simply throw this attack at your target first establish trust and then bait them. Use distraction to remove suspicion from your attack, at all times make sure the target is unaware of your true intentions! The target must never be aware of the information you are actually after, because often if this is known by the target, it will make special effort to protect this information!
Some rules of thumb:
After applying these methods you should either have created many situations where you will be able to solicit the information or will already have the information. You now need a away to escape while remaining undetected.

You need to leave the trust network as unsuspectingly as you entered it. Some people don't believe this is important, but to me remaining undetected prolongs the usefulness of an attack and creates targets that are recyclable---we can always come back and make use of the targets for other attacks---! How do we leave with out being suspect/detected?

One method you can apply is by forcing the target to believe someone else in its trust network is the perpetrator, framing someone. This way you focus the target on one information source, chances are the target will consult other information sources, so plant your seeds right in the beginning in expectation of this. To do this successfully you need to plan this right from the beginning! Start feeding suspects to the target right from the beginning, this also serves as a method of distraction to draw attention away from elements in the network you are actually impersonating.

Please read through this article a couple of times, and build yourself a play book, because more important than actually attacking people or getting target practice is developing the skill to create effective attacks.

The problem of infiltrating the trust network depends on the infiltration of the smaller trust networks that exist inside it. Its a dynamic programming problem really! My advice is plot your attack by planing from the end. Decide on your what the final action of your target must be and backtrack until you find a way to start.

I hope you enjoyed this! More articles to come, some crticialy suggested reading is a book called
Tweet